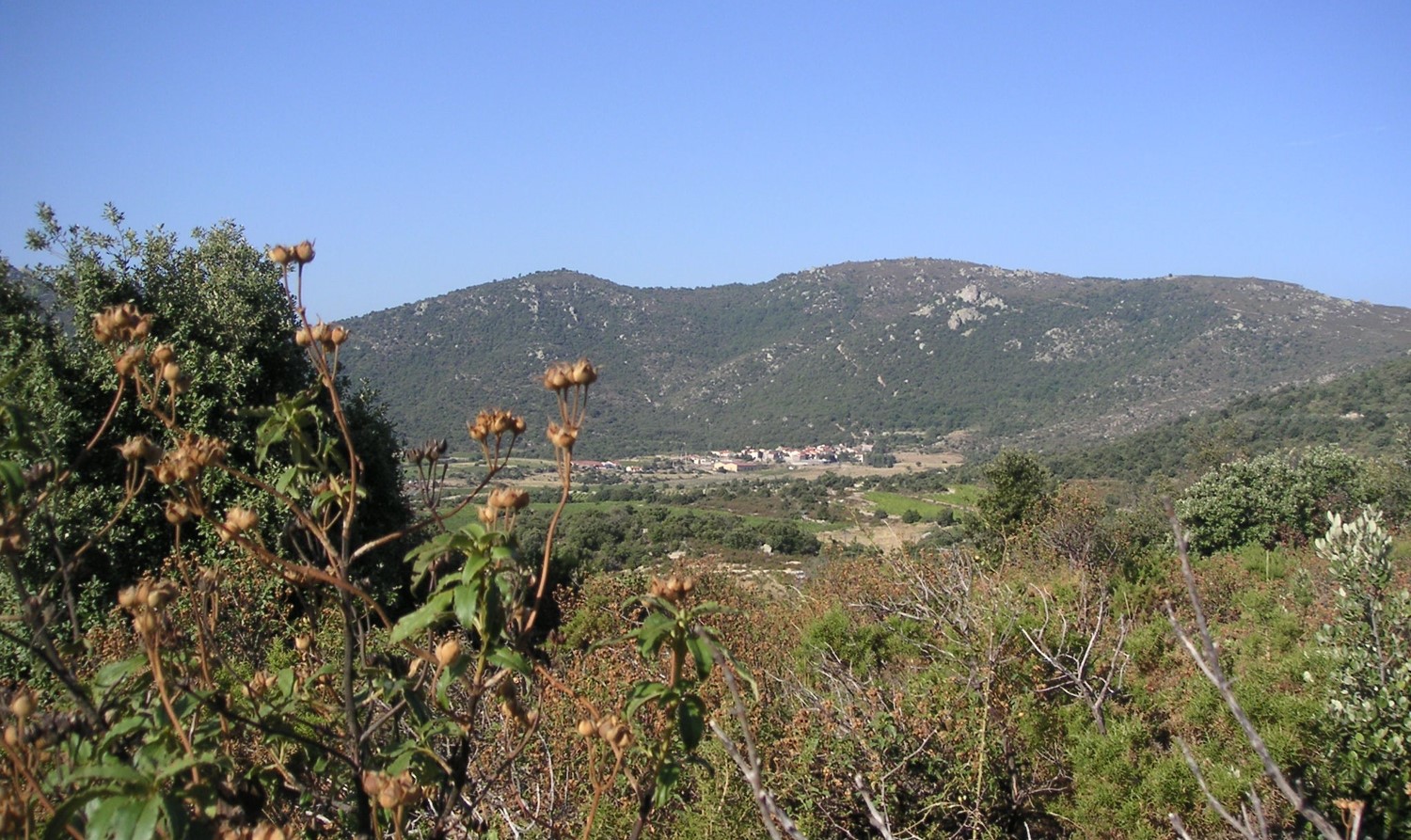 Situation : Tarerach is a village of Conflent county, near Fenouillèdes county, in the north of Vinça.

History: The region situated between the valleys of Tet and Agly, i.e. in the north of Conflent and Fenouillède counties, is rich of historical  vestiges, especially in the  recent neolithic period. For example in Rabouillet or Felluns, you can find dolmens. In Bélesta, it is ceramics. Unfortunately so such vestiges in Tarérach.

The region was invaded many times, without any vestiges. First Iberians, then celts, (-500). Even the Romans did not leave significant vestiges in Tarérach. This village is not the only one in this case, but let's name Ansignan with a beautiful  Roman acqueduct.

At the end of the Roman empire, the wisigoths  seized the region and founded Septimanie. They did not leave any traces either. Then after a short sarrasin period (50 years) Charlemagne definitely conquer Fenouillède county s (811). Then, starts Christian period characterize by the installation in many places of Frankish families coming from the north of France. One of these families created an agricultural domain in the site of Tarérach becoming the actual village.

Beginning the XIth century, the monks of the powerful abbey of St Michel de Cuxa, sponsored by Cerdagne counts, built a Church in Tarerach. The location belonged to them as well as many other places in the Conflent county. This Church, dedicated to St André, has a very classical Roman style. With a unique nave, and vaulted ceiling and ended with a semicircular apse.  The Church still exists nowadays, in the center of the village and has been recently repaired 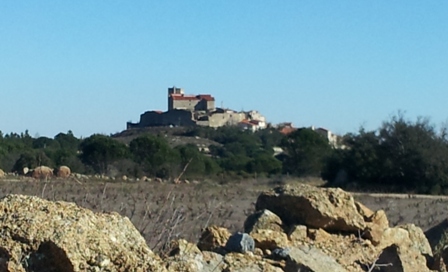 History: History of Montalba-le-château starts, as many other villages, at the prehistorical history. Between -2200 and -1800 at the megalithic times, that starts the construction of many dolmens everywhere in the region. Montalba has its own, still visible

Then it is the Ibéro-ligure then, the Celtic people arround -500, who occupied this region. Then came the Romans in -121 but did not leave any traces, neither the Wisigoths (408), their successors, nor the Sarrazins (739).

Origin of the village: No available documents can give us indication. The village took the name of its castle in the IXth century : It was built arround a big square tower. The chapel from the XIIth century, is still standing.

Montalba was belonging the the feudal lords of Perapertusa inthe XIIth century.

Territorial separation: Then came year 1258, with the merging of the families of the counts of Barcelona suzerain of Fenouillèdes, and the one of the king of Aragon, which imposes the clear frontier between France and Aragon. Then, the Fenouillèdes became French, as well as Peyrepertuse.

Of course, near the frontier, the castle of Montalba,  was a location of multiple clashes between French ans Catalans.

Fortifications: the village has a polygonal fortified wall from the XIVth century, made of granite rubbles of 1.5m thickness.  The castle has been rebuilt in different periods. It is in L shape, and the west aisle have been rebuilt in the XVI an XVII th century.

Situation : Campoussy is a small village in the Fenouillèdes region, in the South of Sournia. It is quite isolated, and the only road crossing it, is quite a deviation of the road between Sournia and Catllar, in the suburb of Prades. Sournia is at 4 km, and Catllar at 15 km. Sournia and Campoussy are located on the plateau of Fenouillèdes, that's explain why the road to, Catllar is long and sinuous, with quite an elevation : that's why it is well knowed from the cyclists of the department !

Prehistory: At the older times, the region was inhabited by prehistorical men. Two dolmens remain: the one of  Roc Cornut a few kilometers away from the village, in the direction of Prades, and the one of  Mas Cayenne, much more difficult to reach.

Roman history:  The Romans occupied all the region, and built a bridge over the local river. It is the only remain of this period.

History: We have to wait a few centuries to find  some written traces. This first document is from the end of the first millenium, where it is mentionned "Campo Ursino" (Camp of the bear)  and linked to St Michel of Cuxa. The castle was probably destroyed to build the Church, but was still existing between 1456 and 1476.

Patrimony, places to be visited:

St Etienne church: The Saint Etienne's Church was built in the XIIth century in a Roman style. Measuring 20m by 7m and 9m height, it could host 50 people.

In the XVIIIth century, the population increased from 150 to 600 people, so the church has to be increased. The  works detroyed one side and increased the walls in a gothic style. Then in 1894 other works were done by adding two lateral chapels and a Baroque altarpiece.

Dolmens: Prehistorical history has left us two dolmens, near Campoussy. The first one is in the pass of Roquejalère, just near Roc Cornut (Pile of rocks). The second one is near mas Cayenne, but you need to go by feet, as there is no road.

Go to of environment présentation page